Noynoying (pronounced noy-noy-YING[1] or noy-NOY-ying[2]) is a protest tactic in the form of neologism which critics of Philippine President Benigno Aquino III have used to question his work ethic, alleging inaction on Aquino’s part on the issues of disaster response and of rising oil prices. A play on the term planking and Aquino’s nickname, “Noynoy”, Noynoying involves posing in a lazy manner, such as sitting idly while resting their heads on one hand and doing nothing. 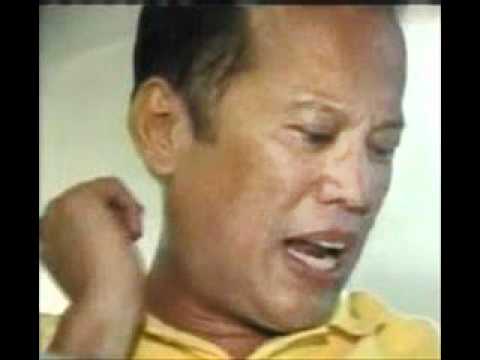 While the first documented use of the term dates back to October 2011, the term usage became more widely spread when protesters started using it as a protest gimmick in 2012, catching widespread attention from mainstream media and spreading virally on social media. The origins of Noynoying as a protest device have been strongly associated with the Re-affirmist faction of the Philippines’ leftist movements,[3] although its use has since spread to other groups generally critical of Aquino, regardless of affiliation.

In response, the Aquino administration expressed confidence that Noynoying would not catch on with the public.[4]

History
First documented by media, 2011
The term was first documented in the October 8, 2011, issue of Manila Standard Today. In their opinion article, columnists Karl Allan Barlaan and Christian Cardiente criticized Aquino’s slow response over typhoons Pedring and Quiel, which left parts of Luzon island, including Metro Manila, in a state of calamity.

Aquino convened the National Disaster Risk Reduction and Management Council five days after Pedring hit the country and a full week before overseeing distribution of food and water to the survivors, which was after he attended the 30th anniversary celebrations of McDonald’s in the Philippines.

They wrote: “The opposition called the government’s calamity response ‘insensitive, indifferent, and slow.’ Palace ally House Speaker Feliciano Belmonte Jr. urged the President to visit the typhoon victims ‘to boost their morale.’ The Internet was abuzz with a newly-coined word, ‘noynoying.’ The word translates to ‘procrastinating,’ members of a UP Diliman alumni social networking group say.”[5]

Use in street protests, 2012 onwards

Five months later, student protesters denounced the rise in oil prices and college tuition rates by performing what they call “Noynoying.” They make “effortless” poses, wherein they lounged on the ground looking bored and idle. Vencer Crisostomo, national chairman of youth rights group Anakbayan, said the Noynoying poses reflected how Aquino had done nothing to cushion the impact of or prevent the increase in oil prices and tuition rates. He defined Noynoying as “when you do nothing when in fact you have something to do.”

This protest activity was also created in response to warnings that protesters caught planking on the streets would be arrested.[1]

Proceeding protests adopted the act of Noynoying, or using the term in their statements. A group of farmers from Hacienda Luisita lounged in front of Supreme Court on March 19, 2012, as they plea to uphold its ruling ordering the distribution of about 6,400 hectares of land owned by Aquino’s clan, the Cojuangcos. They also accused Aquino of intimidating the Supreme Court so that it would overturn the ruling on distribution, or grant the demand of Hacienda Luisita, Inc. of ₱10 billion (US$232,340,000) in just compensation in case the land is dispersed.[6] Child rights advocates also integrated Noynoying in their protests on March 17, 2012, as they expressed concern over the increasing number of children becoming victims of human rights violations under Aquino’s term.[7] Fernando Hicap, national chairperson of Pambansang Lakas ng Kilusang Mamamalakaya ng Pilipinas (National Federation of Fisherfolk Organizations, PAMALAKAYA), warned Aquino that an impending increase in electricity rates in May 2012 is “inviting the Filipino people” to protest against Malacañang and Energy Regulatory Commission. He added: “It is time send an earthshaking notice to a Noynoying presidency in Malacañang.”[8] At an average of ₱8.48 (US$0.20) per kilowatt hour, the Philippines has the most expensive electricity rate in Asia and Oceania regions.[9]

Labor rights groups also introduced an offshoot of Noynoying called “Noy-ngaling,” a portmanteau of Noynoy and the Tagalog word “sinungaling” (liar). They urged Malacañang to stop “misinforming” its people that a ₱125 (US$2.90) raise in minimum wage would lead to higher unemployment rate.[10]

Use in criticisms apart from Aquino
Representative and Communist Teodoro Casiño of Bayan Muna (Nation First) partylist, said that the House of Representatives, led by Speaker of the House Feliciano Belmonte, Jr., was “Noynoying” on the proposed measure to remove value added tax on petroleum products. Belmonte stated that such proposals are “not going to get anywhere.”[11]

Deputy Minority Leader of the House of Representatives Milagros Magsaysay of First District of Zambales accused fellow Representative Henedina Abad of Lone District of Batanes of “not only ‘Noynoying’ on the resolutions aimed at solving the recurring power problem in Mindanao, but… also ‘Noynoying’ on several bills and resolutions on oil.” The statement was made after Abad defended Department of Energy Secretary Jose Rene Almendras against calls for his resignation over the looming power crisis in Mindanao Island, located in the country’s south.[12]

Crisostomo said that the Philippine government’s “Noynoying” on tuition fee hikes is “pushing parents to extreme desperation,” citing a report about a mechanic who killed himself due to problems relating to rising education costs. He also claimed that Aquino’s administration did “nothing” to regulate tuition and other school fee increases.[13]

Ang wikipedia Wikipedia is a free online encyclopedia, created and edited by volunteers around the world and hosted by the Wikimedia Foundation.

It is the largest and most popular general reference work on the World Wide Web,[3][4][5] and is one of the most popular websites by Alexa rank.[6] It is owned and supported by the Wikimedia Foundation, a non-profit organization which operates on money it receives from donors.

It’s Better for Duterte to Resign Now, Before The Most Big People Power Face Him, –Soc Villegas