Sen. Antonio Trillanes IV who is still holed up inside the Philippine Senate premises is allegedly caught lying anew after the Office of the Solicitor General (OSG) revealed that based on the certification issued by the Senate, it has no record of Atty. Angel, who reportedly administered oath to Sen. Trillanes for purposes of his petition vs. Proclamation 572, entering its premises.

The OSG is now asking the Supreme Court of the Philippines that they should junked the petition of Sen. Antonio Trillanes and declared permanent the halth order plea of the senator.

The case is still part of the Malacañang Proclamation No. 572 signed by no less than Pres. Duterte declaring Trillanes amnesty void ab initio.

Sen. Trillanes alleged lies about his lawyer, Atty. Jorvino Angel was exposed by the OSG as they presented a Senate Certification that says “that there are no entries in the logbook/s of the Philippine Senate for September 4 to 6, 2018 pertaining to the entry of a certain Atty. Jovino R. Angel into the premises of the Senate.”

The controversial senator claimed earlier that he swore in front of notary public Atty. Angel last September 5, wherein the senator subscribed to the petition. Based upon the rules of court, the senator should take his oath personally and in front of the notary public before a document can be considered as official.

The said lawyer, Atty. Jorvino Angel could be charged and could face some legal sanctions because the signatures on Trillanes papers are different from his previous signatures with other documents wherein he was the notary public.

The 200-page comments of the Solicitor General (SolGEn) to the petition of Sen. Trillanes, the SolGen noted that Sen. Trillanes admitted earlier during one of his hearing at the Makati City Regional Trial Court (RTC) Branch 150 last September 13, 2018 that the senator did not submit an application for his amnesty.

The OSG also presented a certification from Makati RTC Branch 148 and Armed Forces of the Philippines (AFP) that he did not apply for amnesty. The OSG also revealed that Trillanes did not personally take an oath in front a notary public on his petition. 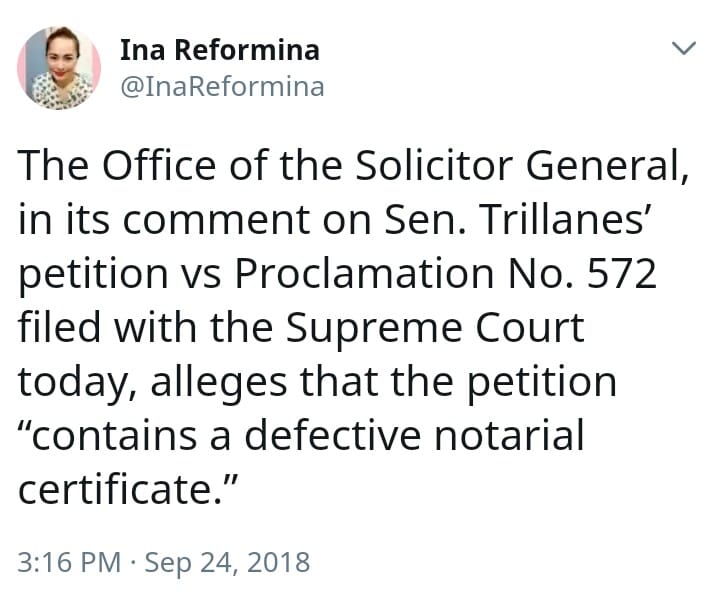 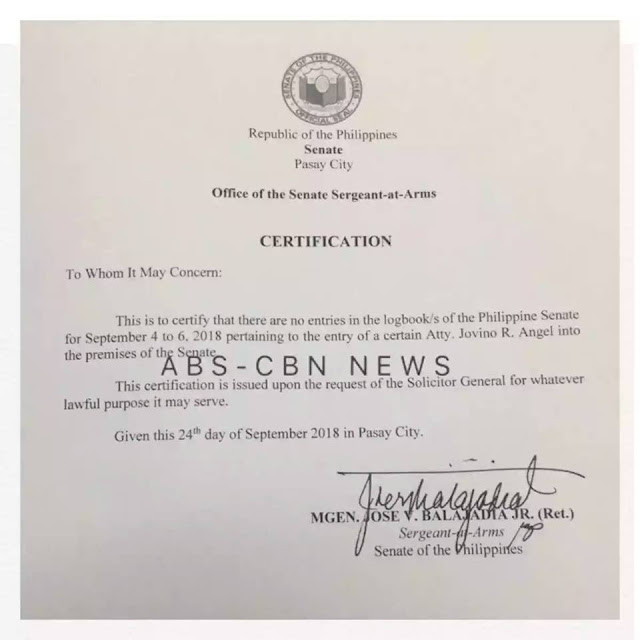 Pharmally execs’ request to be released not surprising: Gordon